Luckily for the Mercedes-EQ Formula E Team, the supremely talented Nyck de Vries has led us to the top of the Formula E Driver Standings, with the Dutch flyer six points ahead of 2nd place Robin Frijns.

So what are the Mercedes-EQ Formula E Team’s chances of crowning glory and remaining top of both the Driver and Team Formula E Standings table? To best get to grips with the significance of the final race in the Formula E calendar, it’s important to first understand the value that each individual race has.

Formula E adopts the standard points system that’s used in all of the FIA’s sanctioned races, ranging all the way from the CIK Karting World Championship, right through to Formula One level.

It’s a standardised system of race scoring that’s used under the industry’s governing body in all racing divisions.

Points are awarded accordingly to the drivers which finish in the top ten, as seen below:

There is also one point awarded to the driver who completes the fastest lap, but they must finish in the top 10 to be eligible for this. Also, the driver starting in Julius Baer pole position receives three points and the fastest driver in pre-race qualifying receives one point.

With just 15 points separating the top five drivers as they go into the final race of the Formula E season, the 2021 BMW I Berlin E-Prix leaves plenty of opportunity for change in the Formula E Driver Standings. Most drivers in the top 10 have the potential to jump up into 1st place – and even more have a chance of securing a place on the podium.

The driver standings represent the Formula E driver who has accumulated the most points individually for their wins throughout the season. This title goes to the driver who has performed the best independently, with their final score standing alone from their team members.

Going into the final race of the season, the Mercedes-EQ Formula E Team are immensely proud to see our world class drivers, Nyck de Vries in top position with a six-point lead, and Stoffel Vandoorne in the top 15. If we continue to see the same high-quality driving from the pair, titles are definitely on the horizon. 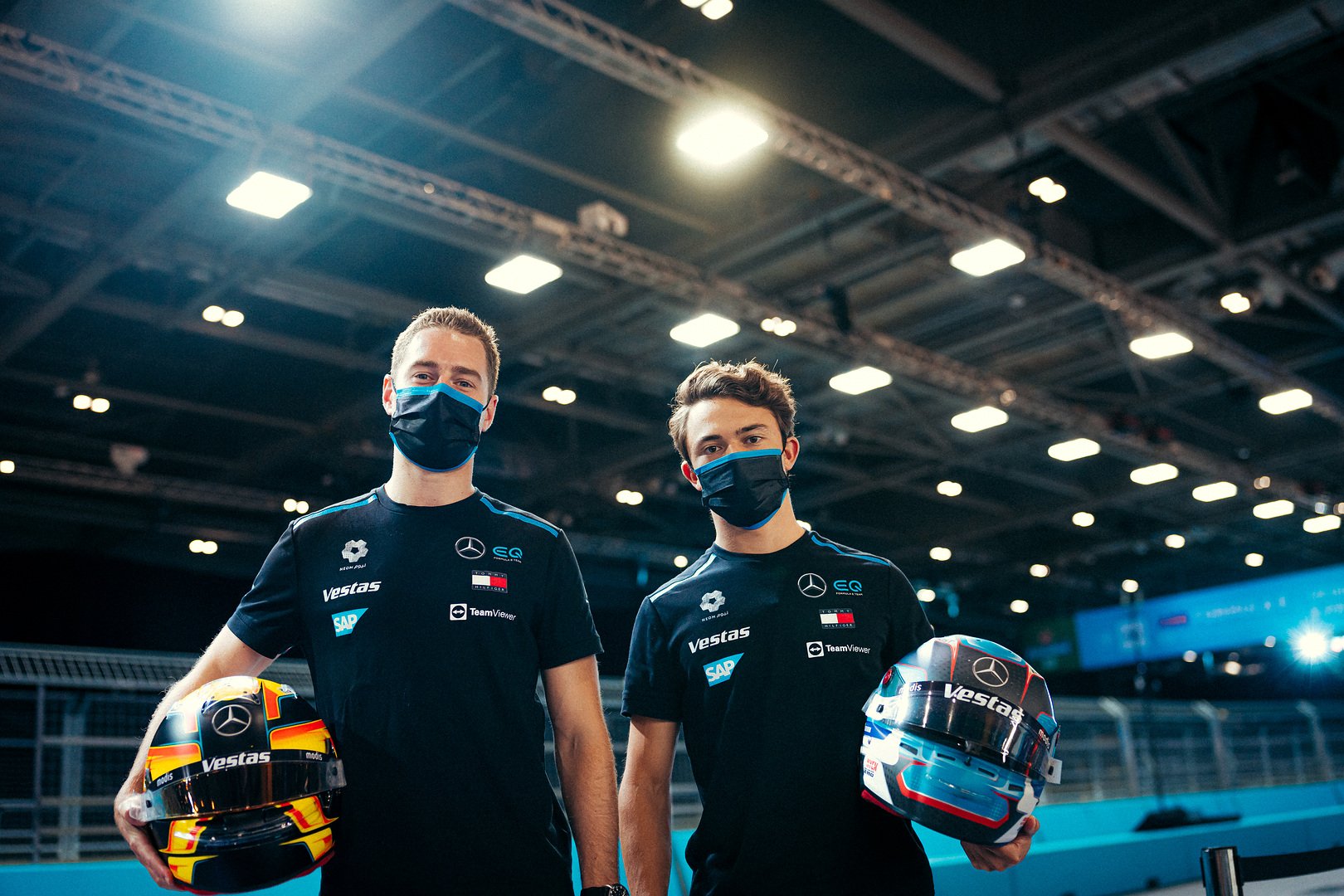 What are the Formula E Team Standings?

The ABB FIA Formula E World Championship Standings represent the success of the overall teams. This means that the individual points accumulated by each driver are added together, giving the team a combined score.

Going into the final race of Season 8, this is how the Formula E Team Standings are shaping up:

Through the monumental efforts of our drivers, the Mercedes-EQ Formula E Team currently sits in 2nd place with an impressive 158 points – just seven points behind the current leaders.

This means that the final Formula E race of the season will be more important for the Mercedes-EQ Formula E Team than ever before, with both of our drivers putting everything on the line in the BMW I Berlin E-Prix.

Can the Mercedes-EQ Formula E Team Take Both the Driver and Team Titles?

Absolutely. Through our team’s hard work, the chance of finishing the season with Formula E’s top prize is very much within the grasp of our accomplished drivers, Nyck de Vries and Stoffel Vandoorne.

This next race has the potential to be a significant one for every member of our team. So, with our fingers and toes tightly crossed for the dual win for the Mercedes-EQ Formula E Team, we know we are in for a very exciting race in Berlin.

Show others which team you’re backing this race season with the official Season Seven merchandise.

To learn more about the Mercedes-EQ Formula E Team, the wider crew and Formula E, visit our blog.