In 2019, Mercedes opened a new chapter in its long racing history with entry of their Mercedes‐EQ Formula E Team into the ABB FIA Formula E Championship. Following months of behind‐the‐scenes preparation since the season finale in Berlin, the Mercedes‐EQ Formula E Team finally take to the track again at the end of February for the Season 7 opener in Saudi. The driver pairing remains unchanged for the second campaign: the team has opted for continuity, retaining the services of both Nyck de Vries and Stoffel Vandoorne. This will not come as any surprise, given their strong performance on‐track, and the valuable experience that they and the team have acquired over the course of their maiden Season.

Wondering who you should root for this season? We profile the two Mercedes‐EQ Formula E Team drivers below… 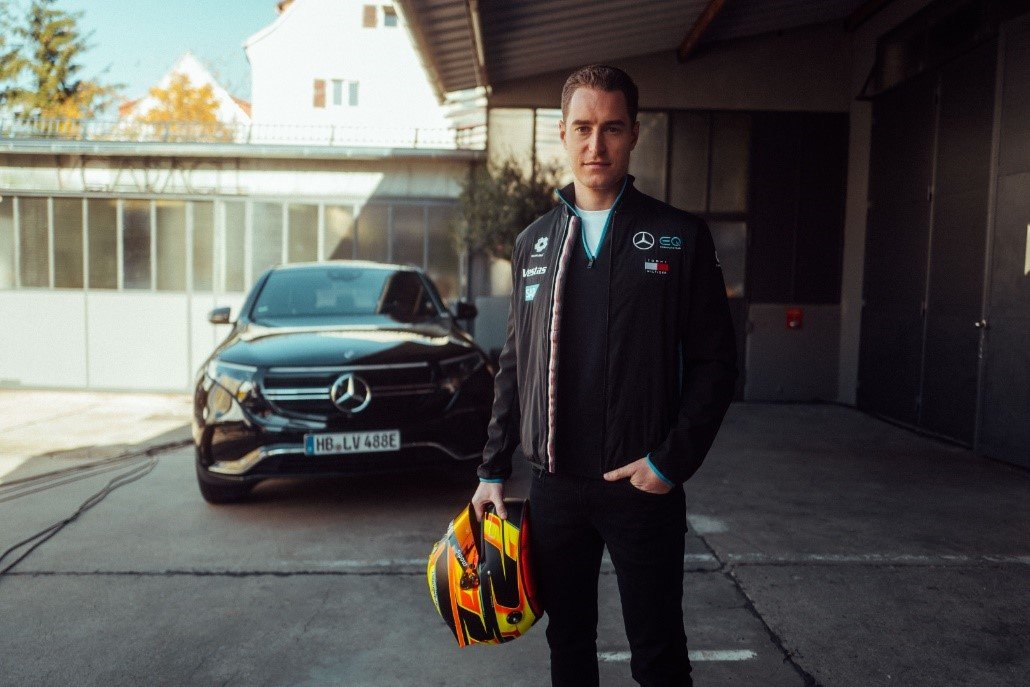 After a successful junior career and some valuable experience racing in Formula One, Stoffel decided to switch engine for energy in 2018, competing for HWA Racelab in the ABB FIA Formula E Championship.

Stoffel moved to the all‐new Mercedes‐EQ Formula E Team ahead of season 6 and, soon enough, he will be embarking upon his third season in Formula E. In the 24 E Prix’s he has contested in so far, he has achieved one victory, two pole positions and four podiums. He finished the 2019/20 season, his first for the Mercedes‐EQ Formula E Team, in second place in the Driver Championship.

We sat down with Stoffel to find out more!

How did you first get into motorsport?

My dad inspired me to get into racing when I was about six years old. He used to work as an architect and designed a go kart track near where I was living in Belgium. I used to love going to work with him. One day, the owner decided to put me in a go kart… The rest is history!

What race are you most excited for in season and why?

Probably Saudi ‐ this is going to be the first race of the series and I’m really looking forward to getting Season 7 underway! It’s been such a long break since our last race in Berlin and to be back on the grid in Saudi will be a very special feeling – a feeling that is very hard to replicate in the offseason as you don’t quite have the pressure of a race or the same adrenaline leading up to it. 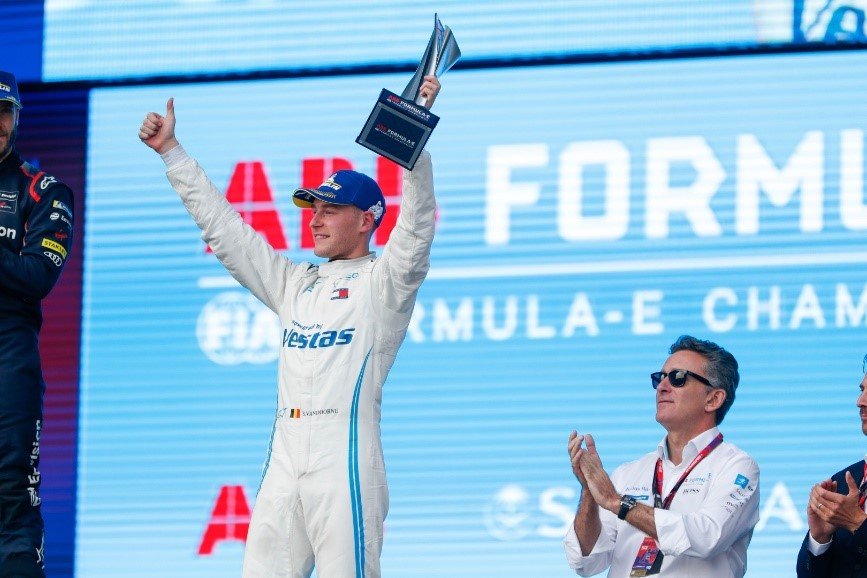 What do you enjoy most about Formula E and what makes it so special?

I really love the one day format of Formula E because it is super challenging for the drivers ‐ it really gives very little time to rest, you’re straight from one session to another which means that there isn’t a great amount of time to analyse data. It’s very fast-paced and that’s one thing I love about it! Also racing on difficult and unique street circuits is something that makes the series very special.

What has been the highlight of your Formula E career so far?

My highlight so far was the Season 6 finale race in Berlin because it was almost a perfect day. We managed to get pole position in Super Pole and also to lead the race from start to finish. It was a well‐controlled race, my first victory in Formula E but also the first one‐two finish for the Mercedes‐EQ Formula E Team! 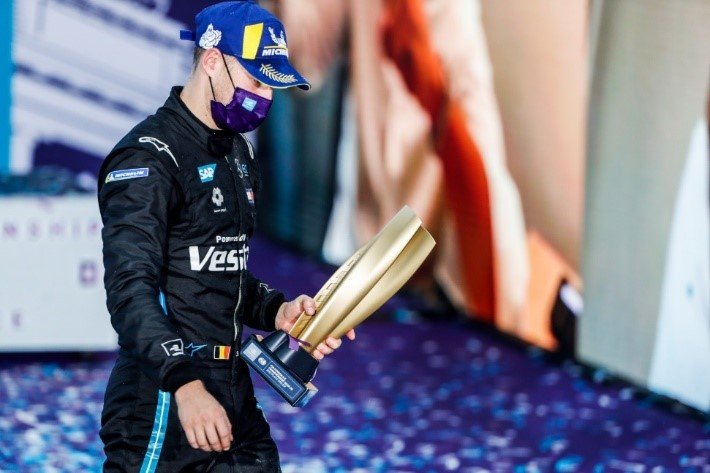 What is your favourite item of team merchandise and why?

For me, it has to be my driver cap because it has a lovely personal touch to it with my own logo. It’s something that I always keep with me during race weekends! 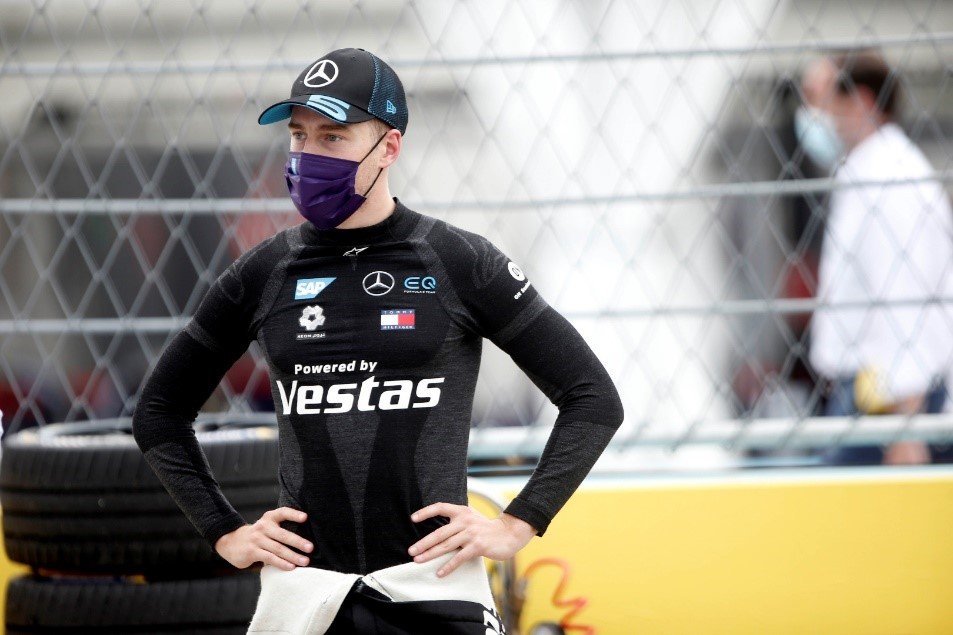 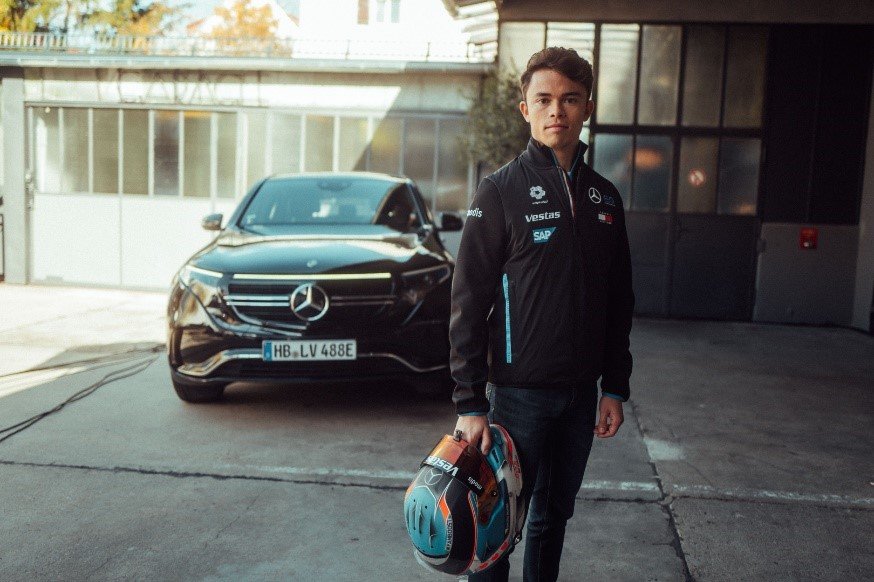 Growing up in Sneek, Netherlands, Nyck’s career took off with back‐to‐back titles in the Karting World Championship. Nyck made his debut in the all‐electric race series for the Mercedes‐EQ Formula E Team in Season 6 and ended the year as Best Rookie in eleventh place. We sat down with Nyck for some insight into his racing career so far…

What inspired you to first get into racing?

I originally got into racing through my family, but mostly through my father. He used to own Renault Car Dealerships, had his own racing team and used to enjoy a little bit of racing himself. I imagine he was really keen to see me start racing and become a part of his world, so he gave me a go kart for my birthday when I was just four or five and my love for racing all started there!

What are you looking forward to most this season?

I’m mostly looking forward to just getting back to racing. It’s been a while since Berlin and I really feel ready to get back behind the wheel. Unfortunately, Santiago in Season 7 has been postponed, but I’m very optimistic that from Saudi onwards we will get back to some normality with racing. Hopefully the difficulties will be behind us and moving forward we can welcome our fans back to enjoy the racing events with us. 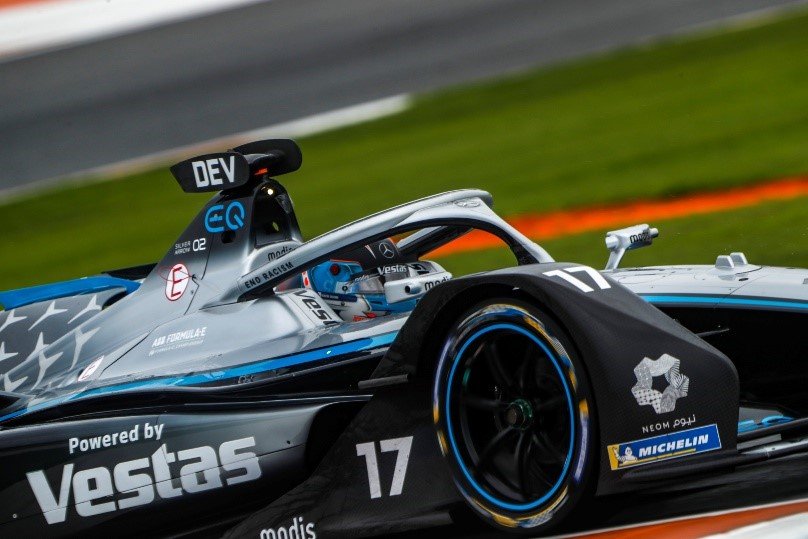 What would you consider to be your greatest highlight from Season 6?

The immediate thought would be the season finale race in Berlin as it was my first podium for the team and our first ever 1‐2 finish. It perhaps has to be the best highlight as it’s the race that we were best awarded for. However, another great memory for me was finishing third on track in Santiago, before of course we were awarded a penalty. Although the podium was later taken away from us, this race was really encouraging for the team at such an early point in the season and a lot of lessons were taken away from it. 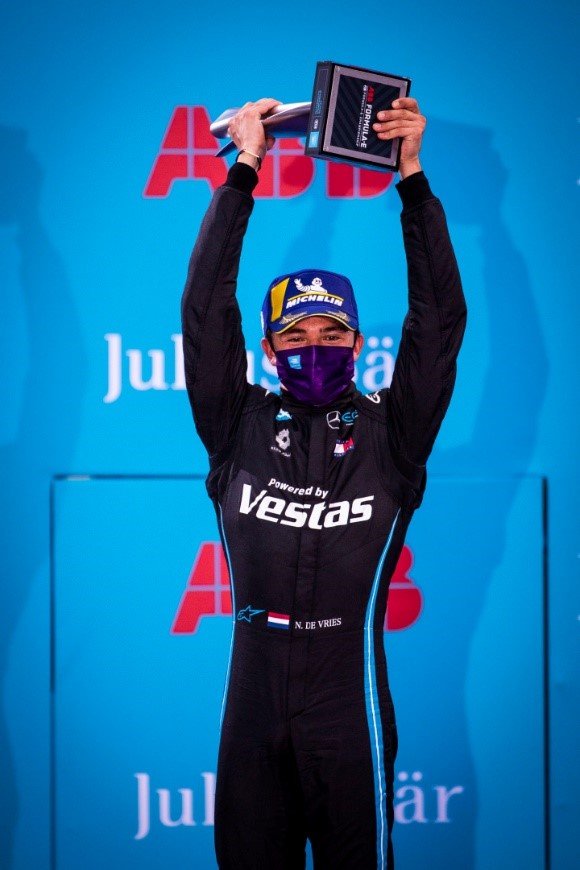 What are your favourite items to wear from the merchandise collection?

I love the caps ‐ they come to all of the races with me and are a staple in my wardrobe, especially in warmer locations. I also really like the team hoodie which tends to get a lot of wear in my down time when trackside and when I’m at home relaxing. 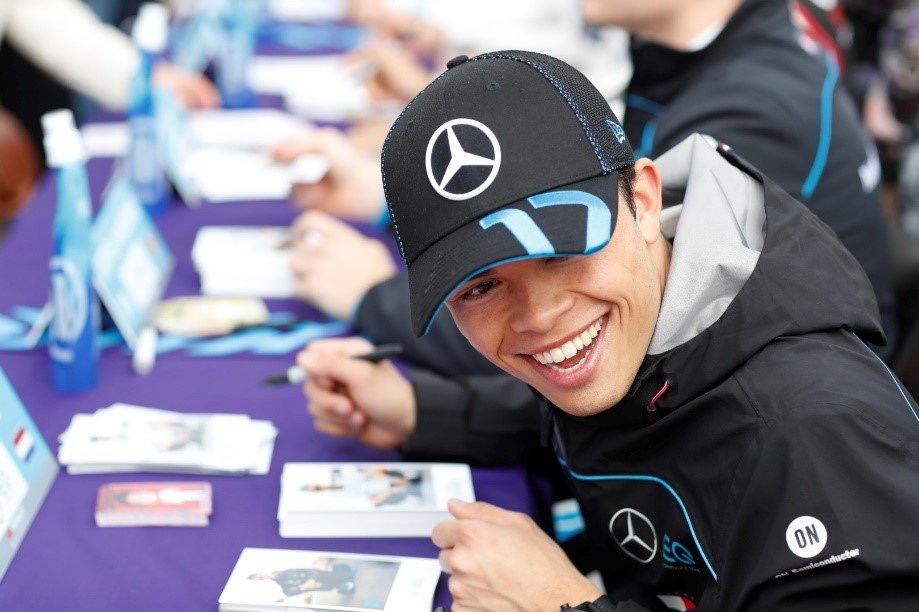 Follow the drivers on their social channels below and get behind them with the official Mercedes‐EQ Merchandise!

You can also show your support by voting for our drivers for the FANBOOST! Not sure what a FANBOOST is? Read our piece on Formula E Fast Facts to get clued up on the world’s only carbon-neutral sport.